Persons required by court order to register as a sex offender and who reside in the unincorporated area of Fort Bend County must contact the Sex Offender Registration Unit, from 8 a.m. to 5 p.m.. Monday through Friday, by calling 281-341-4689 to schedule an appointment. Failure to comply with registration as ordered may result in additional criminal charges being filed.

Offenders registered in Fort Bend County are linked to the Texas Department of Public Safety and may be searched by our link to its website.

TEXAS 10 MOST WANTED SEX OFFENDERS
RECEIVED A REWARD OF UP TO $3,000 IF CAPTURED! 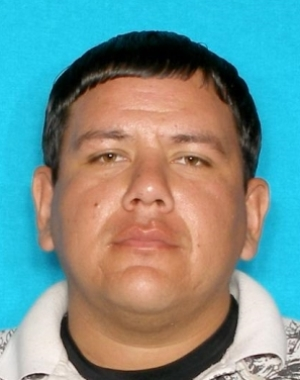 Daniel CARRILLO, a confirmed member of the Partido Revolucionario Mexicano gang, has primarily resided in Alpine, Texas in Brewster County. He has also resided in Ratcliff, Texas, located near Lufkin in eastern Texas, and in Ojinaga, Chihuahua, Mexico, located across the border from Presidio, Texas.

In 1997, CARRILLO sexually assaulted a 4-year-old male child. He was later convicted in 1999 for Sexual Assault of a Child in Brewster County and was sentenced to ten years in TDCJ prison. In 2009, he was discharged from prison.

In 2011, while residing in Houston County, CARRILLO was arrested for Aggravated Assault with a Deadly Weapon after he attacked a female with a weapon and struck her using his fists. He later failed to appear for trial and a warrant was issued on December 10, 2012 by Houston County for his arrest.

CARRILLO is also wanted by the US Marshals Service for Sex Offender Registration Violation and by the Brewster County Sheriff's Office for Failure to Register as a Sex Offender.

He has had previous employment in the poultry and mining industries. 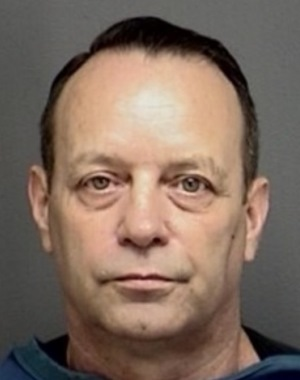 David Dale BOOTH is a convicted sex offender required to register as a sex offender every three months. BOOTH was born in Illinois and lived in Colorado and Wyoming in the 1980s and early 1990s. His last known ties were to Wichita Falls, Texas.

In 1993, BOOTH was arrested in Tarrant County and later convicted of Attempt to Commit Murder. In 1998, he was convicted in Tarrant County of Aggravated Sexual Assault of a Child and Indecency with a Child - Sexual Contact for an incident involving an 8-year-old girl. He subsequently received a 25-year sentence in TDCJ prison.

In May 2014, BOOTH was released on parole and registered as a sex offender in Wichita Falls. He last registered with authorities in August 2015. His whereabouts since then are unknown.

On September 15, 2015, a parole warrant for BOOTH's arrest was issued by the Texas Board of Pardons and Paroles. On November 12, 2015, the Wichita County Sheriff's Office issued two additional warrants of Failure to Comply with Sex Offender Registration Requirements.

BOOTH has past employment working in the rail car repair services industry. 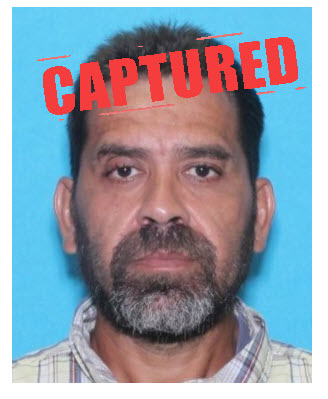 On July 13, 2017, Erasmo ZAPATA, a Texas 10 Most Wanted Sex Offender, was taken into custody after turning himself in at the San Patricio County Sheriff's Department in Sinton, Texas. ZAPATA is a convicted sex offender required to register every three months for life. He primarily has ties to Nueces and San Patricio Counties, including the cities of Corpus Christi and Mathis.

In 2006, ZAPATA was convicted of two counts of Aggravated Sexual Assault and one count of Indecency with a Child (Sexual Contact) after an incident in San Patricio County involving a 12-year-old girl. He subsequently received a sentence of 15 years in TDCJ prison.

ZAPATA was released on parole in August 2015 and last registered as a sex offender with law enforcement authorities in December 2016.

On January 18, 2017, a parole warrant for ZAPATA's arrest was issued by the Texas Board of Pardons and Paroles. San Patricio District Court also issued a warrant for his arrest in February 2017.

The arrest was not the result of tip information received, so no reward will be paid. 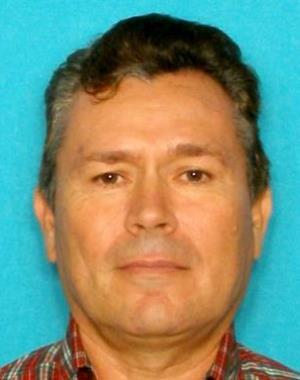 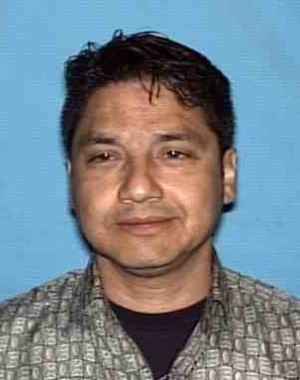 SMT:Tattoos: "YOLANDA MY LOVE" on right wrist; unicorn/"CHARLIE" on outside upper left arm; skull/eagle on upper back. Scars on right ankle and abdomen.FBI #:494359X5SID #:TX02969146TDC #:467621WANTED FOR:Failure to Register as a Sex Offender, Parole Violation (Original Offense: Aggravated Robbery and Aggravated Sexual Assault)
GANG(S):N/A
CCH:Aggravated Robbery, Aggravated Sexual Assault, Resisting/Eluding a Police Officer, Escape, Burglary, and DWILKA:2506 Little Forest CourtLKC:Spring, Texas
CAUTION:Subject should be considered ARMED and DANGEROUS!
DETAILS:Juan Carlos PENA is a high-risk sex offender and is required to register annually for life. He has family in McAllen, Texas and occassionally may cross the border between Reynosa, Mexico and McAllen.

PENA has a lengthy criminal history dating back to 1982. In 1987, while on parole for a Burglary of a Habitation conviction, PENA and an associate were involved in the nighttime burglary, aggravated robbery, and sexual assault of a 56-year-old female in McAllen, Texas. PENA was arrested and sentenced to 50 years in prison. He was paroled in 2005 but violated his parole requirements in 2006. He also failed to meet sex offender registration requirements and was listed as absconded. 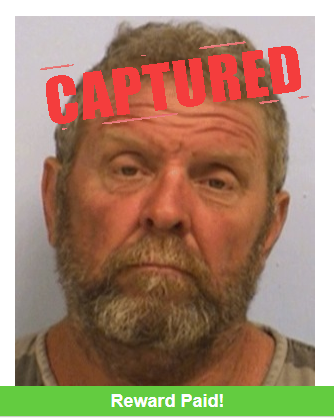 Kevin Travis WADDELL, a Texas 10 Most Wanted Sex Offender, was captured on the morning of June 8, 2017, at a business located near Del Valle, Texas. Members of the U.S. Marshals Lone Star Fugitive Task Force, including DPS Special Agents, took WADDELL into custody without incident. He had been wanted since September 2015.

In 1992, WADDELL was convicted in Potter County (Amarillo) of Sexual Assault for an incident involving a 19-year-old female. He subsequently received a 20-year sentence in TDCJ prison.

WADDELL was released on parole in the mid-1990s and then resided in the Austin area for nearly two decades before becoming a fugitive in September 2015.

On September 22, 2015, a parole warrant for WADDELL's arrest was issued by the Texas Board of Pardons and Paroles. Additional warrants were also issued by the Travis County Sheriff's Office for Failure to Comply with Sex Offender Registration Requirements and Possession of a Controlled Substance (Cocaine).

The arrest was the result of tip information received through Texas Crime Stoppers and a reward will be paid. 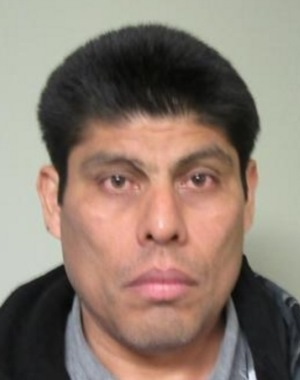 Manuel MUNIZ is a convicted sex offender with strong ties to Bosque County, including the communities of Morgan, Walnut Springs and Meridian. He also has ties to Johnson County (including the city of Cleburne) and Fort Worth.

In the early 1990s, MUNIZ received a 9-year prison sentence after he was convicted on multiple counts of Burglary.  In 2007, he was convicted of Aggravated Sexual Assault of a Child in Bosque County after he sexually assaulted a 13-year-old girl. He subsequently received a sentence of 15 years in TDCJ prison.

MUNIZ was paroled in November 2016 and last registered as a sex offender with law enforcement authorities in December 2016. He absconded several months later from his last known address in Morgan, Texas.

On February 16, 2017, a parole warrant for MUNIZ's arrest was issued by the Texas Board of Pardons and Paroles. An additional warrant of Failure to Comply with Sex Offender Registration Requirements was issued on February 23, 2017, by the Bosque County Sheriff's Office.

MUNIZ has past employment as a construction worker. 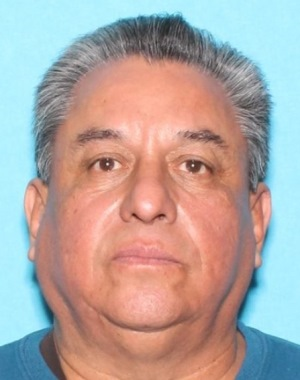 On March 25, 2015, a warrant was issued for MAESE's arrest by the El Paso County Sheriff's Office for Indecent Exposure.

On May 7, 2015, a warrant was issued for MAESE's arrest by the Phoenix Police Department in Arizona for Violation of a Court Order originating from an Indecent Exposure incident.

Reward is increased up to $8,000 for tips received on this Sex Offender during the month of August 2017.MAESE has a history of working as a commercial truck driver. He may be known as "Manny" and has used the alias of Manuel Montalvo in the past. 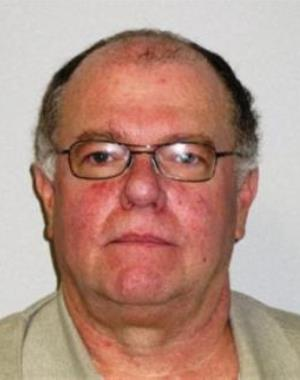 Mark Timothy MCBRIDE is a convicted sex offender required to register every three months for life. He has ties to the North Richland Hills/Fort Worth areas, and has also resided in Pagosa Springs, Colorado. Prior to absconding from the North Richland Hills area in 2011, MCBRIDE had expressed an interest in living and working in Alaska.

In 2006, MCBRIDE was convicted in Tarrant County on 3 counts of Indecency with a Child - Sexual Contact for an incident involving two 16-year-old females. He was subsequently sentenced to seven years in TDCJ prison and also received ten years' probation.

On July 5, 2011, the Texas Board of Pardons and Paroles issued a warrant for MCBRIDE's arrest for Parole Violation (Original Offense: Indecency with a Child - Sexual Contact x 2).

On August 10, 2011, a Probation Violation (Original Offense: Indecency - Fondling) warrant was issued out of Tarrant County for MCBRIDE's arrest.

On March 7, 2014, the North Richland Hills Police Department issued a warrant for MCBRIDE's arrest for Failure to Comply with Sex Offender Registration Requirements. 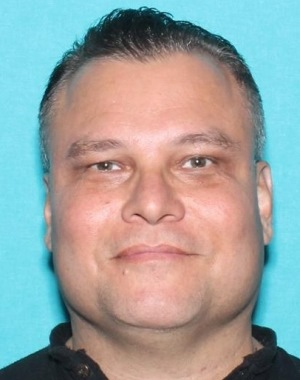 Monroe HERNANDEZ is a convicted sex offender with ties to Waco, Texas.

On September 10, 2014, a Parole Violation warrant for HERNANDEZ's arrest was issued by the Texas Board of Pardons and Paroles. On April 11, 2016, the Waco Police Department issued an additional warrant for Failure to Comply with Sex Offender Registration Requirements.

HERNANDEZ may be living under an alias name.